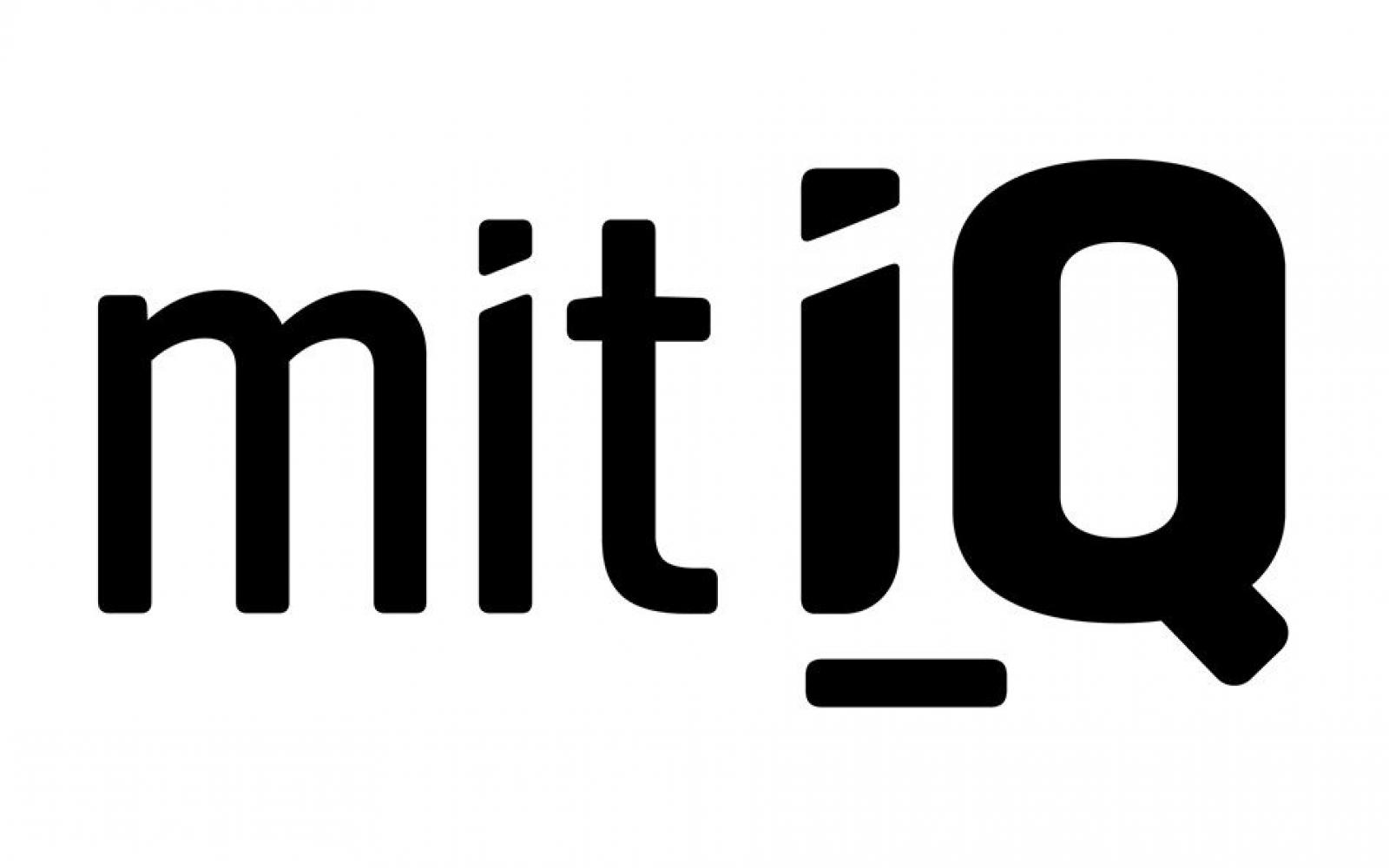 MIT today announced the launch of the MIT Intelligence Quest, an initiative to discover the foundations of human intelligence and drive the development of technological tools that can positively influence virtually every aspect of society.

The announcement was first made in a letter MIT President L. Rafael Reif sent to the Institute community.

At a time of rapid advances in intelligence research across many disciplines, the Intelligence Quest — MIT IQ — will encourage researchers to investigate the societal implications of their work as they pursue hard problems lying beyond the current horizon of what is known.

Some of these advances may be foundational in nature, involving new insight into human intelligence, and new methods to allow machines to learn effectively. Others may be practical tools for use in a wide array of research endeavors, such as disease diagnosis, drug discovery, materials and manufacturing design, automated systems, synthetic biology, and finance.

“Today we set out to answer two big questions, says President Reif. “How does human intelligence work, in engineering terms? And how can we use that deep grasp of human intelligence to build wiser and more useful machines, to the benefit of society?”

MIT IQ: The Core and The Bridge

MIT is poised to lead this work through two linked entities within MIT IQ. One of them, “The Core,” will advance the science and engineering of both human and machine intelligence. A key output of this work will be machine-learning algorithms. At the same time, MIT IQ seeks to advance our understanding of human intelligence by using insights from computer science.

The second entity, “The Bridge” will be dedicated to the application of MIT discoveries in natural and artificial intelligence to all disciplines, and it will host state-of-the-art tools from industry and research labs worldwide.

The Bridge will provide a variety of assets to the MIT community, including intelligence technologies, platforms, and infrastructure; education for students, faculty, and staff about AI tools; rich and unique data sets; technical support; and specialized hardware.

Along with developing and advancing the technologies of intelligence, MIT IQ researchers will also investigate the societal and ethical implications of advanced analytical and predictive tools. There are already active projects and groups at the Institute investigating autonomous systems, media and information quality, labor markets and the work of the future, innovation and the digital economy, and the role of AI in the legal system.

In all its activities, MIT IQ is intended to take advantage of — and strengthen — the Institute’s culture of collaboration. MIT IQ will connect and amplify existing excellence across labs and centers already engaged in intelligence research. It will also establish shared, central spaces conducive to group work, and its resources will directly support research.

“Our quest is meant to power world-changing possibilities,” says Anantha Chandrakasan, dean of the MIT School of Engineering and Vannevar Bush Professor of Electrical Engineering and Computer Science. Chandrakasan, in collaboration with Provost Martin Schmidt and all four of MIT’s other school deans, has led the development and establishment of MIT IQ.

“We imagine preventing deaths from cancer by using deep learning for early detection and personalized treatment,” Chandrakasan continues. “We imagine artificial intelligence in sync with, complementing, and assisting our own intelligence. And we imagine every scientist and engineer having access to human-intelligence-inspired algorithms that open new avenues of discovery in their fields. Researchers across our campus want to push the boundaries of what’s possible.”

In order to power MIT IQ and achieve results that are consistent with its ambitions, the Institute will raise financial support through corporate sponsorship and philanthropic giving.

MIT IQ will build on the model that was established with the MIT–IBM Watson AI Lab, which was announced in September 2017. MIT researchers will collaborate with each other and with industry on challenges that range in scale from the very broad to the very specific.

“In the short time since we began our collaboration with IBM, the lab has garnered tremendous interest inside and outside MIT, and it will be a vital part of MIT IQ,” says President Reif.

John E. Kelly III, IBM senior vice president for cognitive solutions and research, says, “To take on the world’s greatest challenges and seize its biggest opportunities, we need to rapidly advance both AI technology and our understanding of human intelligence. Building on decades of collaboration — including our extensive joint MIT–IBM Watson AI Lab — IBM and MIT will together shape a new agenda for intelligence research and its applications. We are proud to be a cornerstone of this expanded initiative.”

MIT will seek to establish additional entities within MIT IQ, in partnership with corporate and philanthropic organizations.

MIT has been on the frontier of intelligence research since the 1950s, when pioneers Marvin Minsky and John McCarthy helped establish the field of artificial intelligence.

MIT now has over 200 principal investigators whose research bears directly on intelligence. Researchers at MIT’s Computer Science and Artificial Intelligence Laboratory (CSAIL) and the MIT Department of Brain and Cognitive Sciences (BCS) — along with the McGovern Institute for Brain Research and the Picower Institute for Learning and Memory — collaborate on a range of projects. MIT is also home to the National Science Foundation–funded center for Brains, Minds and Machines (CBMM) — the only national center of its kind.

Four years ago, MIT launched the Institute for Data, Systems, and Society (IDSS) with a mission promoting data science, particularly in the context of social systems. It is  anticipated that faculty and students from IDSS will play a critical role in this initiative.

Faculty from across the Institute will participate in the initiative, including researchers in the Media Lab, the Operations Research Center, the Sloan School of Management, the School of Architecture and Planning, and the School of Humanities, Arts, and Social Sciences.

“Our quest will amount to a journey taken together by all five schools at MIT,” says Provost Schmidt. “Success will rest on a shared sense of purpose and a mix of contributions from a wide variety of disciplines. I’m excited by the new thinking we can help unlock.”

At the heart of MIT IQ will be collaboration among researchers in human and artificial intelligence.

“To revolutionize the field of artificial intelligence, we should continue to look to the roots of intelligence: the brain,” says James DiCarlo, department head and Peter de Florez Professor of Neuroscience in the Department of Brain and Cognitive Sciences. “By working with engineers and artificial intelligence researchers, human intelligence researchers can build models of the brain systems that produce intelligent behavior. The time is now, as model building at the scale of those brain systems is now possible. Discovering how the brain works in the language of engineers will not only lead to transformative AI — it will also illuminate entirely new ways to repair, educate, and augment our own minds.”

Daniela Rus, the Andrew (1956) and Erna Viterbi Professor of Electrical Engineering and Computer Science at MIT, and director of CSAIL, agrees. MIT researchers, she says, “have contributed pioneering and visionary solutions for intelligence since the beginning of the field, and are excited to make big leaps to understand human intelligence and to engineer significantly more capable intelligent machines. Understanding intelligence will give us the knowledge to understand ourselves and to create machines that will support us with cognitive and physical work.”

David Siegel, who earned a PhD in computer science at MIT in 1991 pursuing research at MIT’s Artificial Intelligence Laboratory, and who is a member of the MIT Corporation and an advisor to the MIT Center for Brains, Minds, and Machines, has been integral to the vision and formation of MIT IQ and will continue to help shape the effort. “Understanding human intelligence is one of the greatest scientific challenges,” he says, “one that helps us understand who we are while meaningfully advancing the field of artificial intelligence.” Siegel is co-chairman and a founder of Two Sigma Investments, LP.

The fruits of research

MIT IQ will thus provide a platform for long-term research, encouraging the foundational advances of the future. At the same time, MIT professors and researchers may develop technologies with near-term value, leading to new kinds of collaborations with existing companies — and to new companies.

Some such entrepreneurial efforts could be supported by The Engine, an Institute initiative launched in October 2016 to support startup companies pursuing particularly ambitious goals.

Other innovations stemming from MIT IQ could be absorbed into the innovation ecosystem surrounding the Institute — in Kendall Square, Cambridge, and the Boston metropolitan area. MIT is located in close proximity to a world-leading nexus of biotechnology and medical-device research and development, as well as a cluster of leading-edge technology firms that study and deploy machine intelligence.

MIT also has roots in centers of innovation elsewhere in the United States and around the world, through faculty research projects, institutional and industry collaborations, and the activities and leadership of its alumni. MIT IQ will seek to connect to innovative companies and individuals who share MIT’s passion for work in intelligence.

Eric Schmidt, former executive chairman of Alphabet, has helped MIT form the vision for MIT IQ. “Imagine the good that can be done by putting novel machine-learning tools in the hands of those who can make great use of them,” he says. “MIT IQ can become a fount of exciting new capabilities.”

“I am thrilled by today’s news,” says President Reif. “Drawing on MIT’s deep strengths and signature values, culture, and history, MIT IQ promises to make important contributions to understanding the nature of intelligence, and to harnessing it to make a better world.”

“MIT is placing a bet,” he says, “on the central importance of intelligence research to meeting the needs of humanity.”